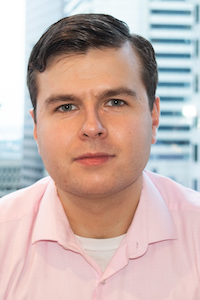 Alex PsilakisAccount Executive
Alex Psilakis is an Account Executive with Melwood Global. Alex arrived at Melwood with years of communications experience garnered through the public and non-profit sectors, as well as on the campaign trail. He has secured hundreds of media placements across Massachusetts, ranging from print outlets like The Boston Globe, television outlets like NBC 10 Boston, and radio outlets like WGBH.

Before joining Melwood, Alex served as the Policy and Communications Manager at MassVOTE, a non-partisan non-profit advocacy organization dedicated to voting rights, where he crafted key communications materials and led campaigns on critical issues. He pioneered the organization’s efforts to help prepare Massachusetts for the 2020 Presidential Election, which took place at the height of the COVID-19 pandemic.

Prior to working at MassVOTE, Alex served in the Washington, D.C., office of then-Congressman Joseph P. Kennedy III (MA-04). He also worked as a Communications Fellow on the 2018 Chris Pappas for Congress campaign in New Hampshire’s First Congressional District.