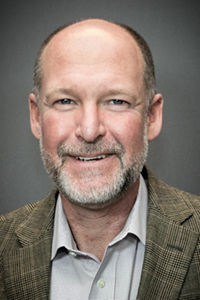 John BoitPartner
John Boit has over 20 years of experience in the media as a daily newspaper journalist and foreign correspondent, as an international media development expert and as a strategic communications advisor. His work has taken him to more than 30 countries.

John grew up in rural Maine, where regular fishing and hiking trips instilled in him a sense of adventure. After graduating from Harvard University in 1993, John was a photographer on a horseback expedition through Mongolia and Siberia, where he circumnavigated Lake Baikal, the largest body of fresh water in the world.

John then returned to the United States, where he became a journalist first in his home state of Maine and later in Massachusetts, where he became a State House political reporter for The Patriot Ledger in Quincy, Massachusetts. John left the halls of politics for the war-ravaged country of Azerbaijan in 1999, where he set up shop as a freelance reporter and photographer and worked on the acclaimed documentary film, “In the Wake of Warriors,” which aired on the Sundance Film Channel. His work has been published in The New York Times, The Financial Times, The International Herald-Tribune, The San Francisco Chronicle and The Christian Science Monitor, among many others.

In 2000, he became the Azerbaijan country director of Internews, a U.S.-based nonprofit organization focused on media development. He was the executive producer of a historic television program that linked the warring countries of Azerbaijan with Armenia via satellite for the first time in more than a decade. He also served as a member of the U.S. Embassy’s Democracy Commission.

John has appeared on radio and television numerous times, has served as a jury member of the U.S. Institute of Peace and has twice been a guest lecturer at Harvard University.

In 2005, he worked as a media strategist in Afghanistan, where he led a team of consultants helping to build the Afghan government’s press operations.